Its competition heritage can be traced back a few decades to when top sporting shooter Barry Simpson convinced Beretta to produce  a Sporting clay gun through the development of the silver action 682 trap gun. Barry and his son Paul have won numerous titles using that model. Beretta then developed the DT10 — DT stands for “detachable trigger” — which also won many shooting competitions and was derived from Beretta’s ASE series.  The DT11 is the next generation.  It has been around for a few years  but is winning followers.

Beretta is one of the most successful arms manufacturers globally. With predictable levels  of first-class build quality, the reliability of Beretta sporting shotguns is legendary. 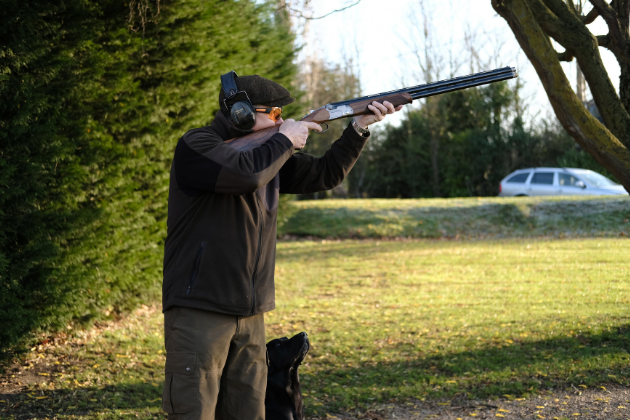 The Beretta DT11 was tested on a left-to-right chondel and midi teal, and its handling was superb

Looking closer at the DT11

The DT11 comes in an upgraded silver travel case, with a gun sock  and four extended Optima chokes. It is vented mid-rib, as you would expect on a competition gun, and has a tapered top rib. The test gun was the 30in-barrel version which, with the Optima extended chokes, took the overall length to 30½in. The balance on the test gun was just in front of the hinge pin; if your preference is on the pin, this is easy to deliver by fitting stock weights to give your desired balance point. 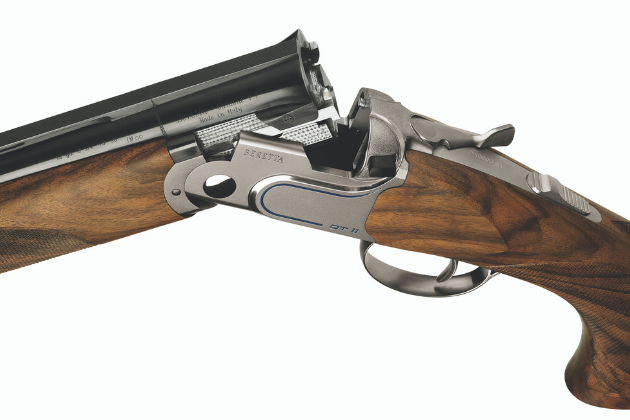 The woodwork, both stock and fore-end, is quite chunky on the DT11 but comfortable in the hands, nicely figured but with straight grain. For a little additional money you can have a factory-fitted custom stock, which would be worth the extra outlay, especially if you struggle with off-the-shelf standard stocks. If a gun stock doesn’t fit, you are building in frustration to your shooting. The gun boasts the first-class level of finish you would expect, with excellent wood-to-metal fit and overall engineering  of the usual high Beretta standard.

The version on test weighed 8lb 1oz, which is no Goliath by today’s competition standards. The use of the stock and barrel weights may edge it up to 8 ½lb or more but still within reasonable parameters. The barrels weighed 3lb 2oz, slightly lighter than I would prefer. I would, however, opt for 32in barrels.

The Beretta DT11 is a high-end clay gun, with Perazzi and probably Krieghoff among its competitors.  All of these guns will do the business in the right hands. The gun trade  loves shooters who don’t get their guns fitted, as often they will carry  on looking for “the golden gun” instead of having their gun fitted  and learning to shoot it. 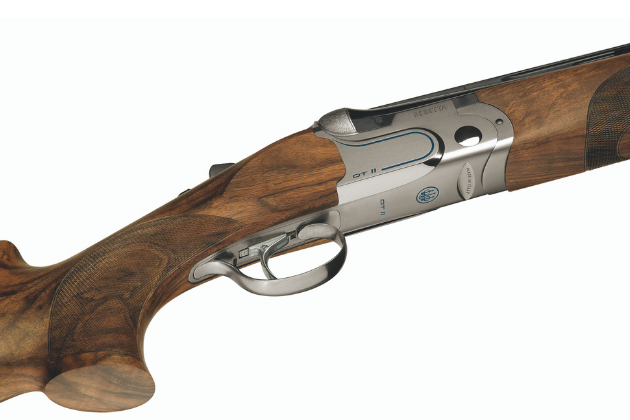 As the DT11 is a competition gun, we avoided the usual driven stands  at the shooting school and headed for a left-to-right chondel and a fairly quick midi teal, with the spring on the trap wound up. With me were two of my instructors, Richard Weller — who, according to the Clay Pigeon Shooting Association scores, is an AA all-round and an English Sporting Shot — and Roger Hill, who has been teaching competition and driven game shooting for more than 20 years.  We left the chokes as delivered  at quarter and three-quarters.

I had no problem on these targets  with some great breaks, even with  a crafty simultaneous pair sneaked in by Richard. He shot next and missed the odd one, claiming that the stock was a little short for his 6ft 3in frame — a poor excuse. Roger also shot well. All of us were impressed with the handling and the breaks.

On to the 80ft tower to shoot  some long crossers. The handling  was predictable and easily controlled. We were shooting fibre wad cartridges — 21g, 24g and the odd 30g game cartridge — and the breaks from all the variations were confidence building. We finished on some fast crossers from the grouse trap, with midi clays, out to about 50 yards.

The DT11 is an easy gun to shoot consistently well. The ejectors had great timing; however, one of my  pet hates is shooters who spray and pray that someone else will pick  up their cartridges. Put them in  the bin yourself. 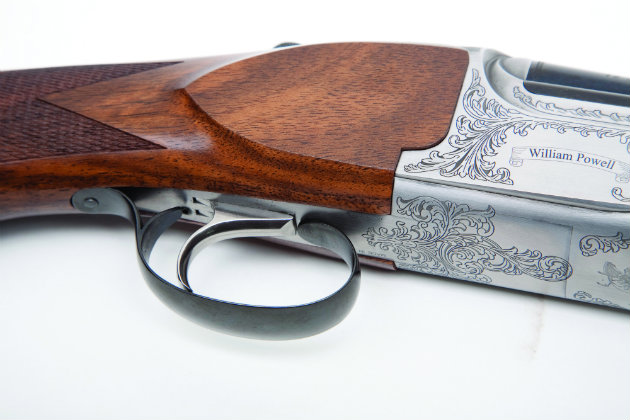 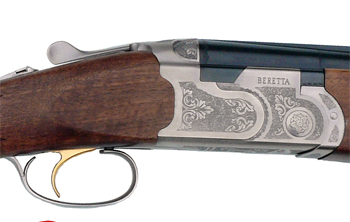